A brief course on political anatomy

The Express-News this week featured a charming story that deserves some attention.

First, though, I need to caution that this commentary may not be appropriate for very young children.

I will be using clinical language.

The story is about Brackenridge High School history teacher and girls’ basketball coach Tamiko Matthews inspiring scores of students to register to vote.

On Tuesday she loaded about 50 seniors onto a bus and took them to the nearby Bexar County Elections Department headquarters to cast their first ballots.

What a great way to introduce the voting habit to an inner-city demographic — young and mainly Hispanic — that is doubly underrepresented at the voting booth at election time.

Some citizens might take exception to the notion of having a public employee use a tax-paid bus to drive citizens to the polls.

Republicans might be especially concerned since young people and Hispanics are two demographics that poll heavily against Donald J. Trump.

But at least one student should allay those concerns.

According to the Express-News, Jeff Delgado was wearing a hat that did not say “Make America Great Again.”

Now I would not try to argue young Mr. Delgado out of his choice of candidates, but I would like to talk to him about his rationale.

A brief course on political anatomy is in order.

The fact is that testicles and the testosterone they produce have through the years hardly proved to be a political asset.

When Trump was caught on tape bragging about getting away with sexually assaulting women, he responded by resurrecting Bill Clinton’s history of infidelities.

He even rounded up four of his alleged victims for a press conference.

More recently, Hillary Clinton’s email controversy has been resurrected by an FBI investigation into the appropriately named Anthony Wiener over his alleged texting of photos of his groin to underaged girls.

Women have no equivalent bodily organ seemingly designed to get them into trouble.

Sure they have libidos, but women who hunger for power rarely wreck their careers out of hunger for sex.

The late Gov. Ann Richards used to privately tell this joke: Why, she would ask in her broad Texas drawl, do men give names to their penises?

The answer: Because they don’t want important life decisions to be made by a total stranger.

I’ve harbored a suspicion that the joke was inspired by Henry Cisneros.

In 1992, when Texas Senator Lloyd Bentsen was tapped by President-Elect Bill Clinton to be his Secretary of the Treasury, Gov. Richards interviewed Cisneros for a possible appointment to replace Bentsen.

Cisneros would then stand for election to the seat.

Richards later told the FBI that Cisneros had confessed to her that he was secretly sending payments to Linda Medlar, with whom he had had a highly-publicized affair.

"Cisneros would be foolish to run for the Senate in light of his payments to Medlar," Richards told FBI agents, suggesting that the payments were sure to come out.

Shortly after that, the Clinton camp vetted Cisneros for Secretary of Housing and Urban Development.

They were concerned about the secret payments at first, but after a lengthy conversation between Cisneros and Clinton confidante Webster Hubbell, he was cleared for the position.

Once again, a woman was more clear-eyed than the men.

The payments did become public and Cisneros was indicted and convicted of lying to the FBI.

Certainly many men have served the nation well despite the handicap of testosterone, but when it comes to genitalia women have a clear political advantage.

In fact, Hillary Clinton supporters may want to make their own hat: "Clinton 2016: Finally Someone Without Balls." 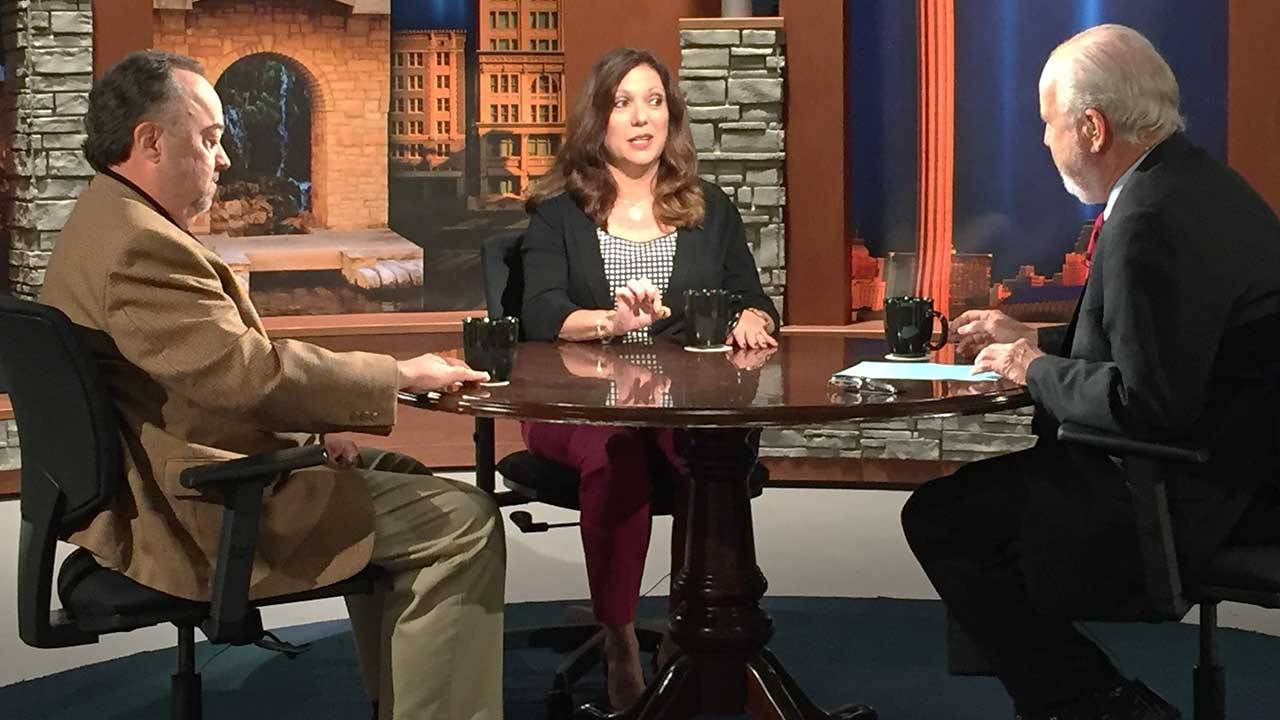