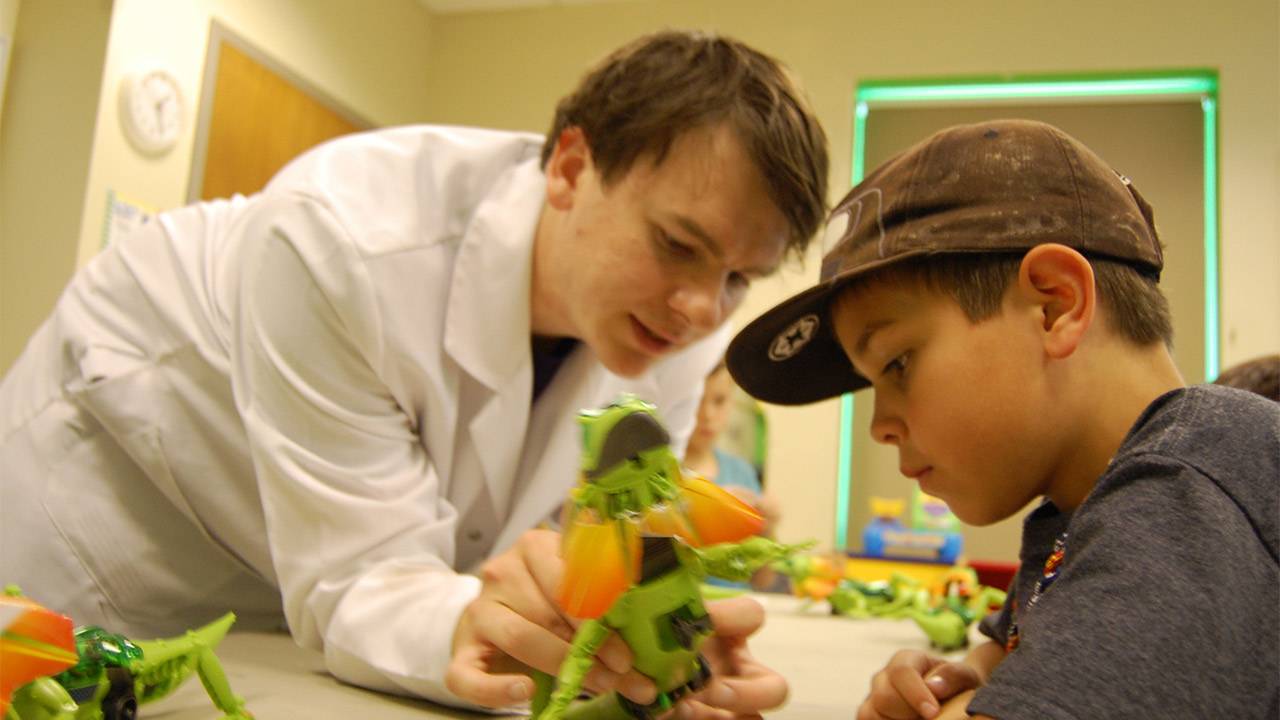 Mad Science, one of the leading science enrichment programs for kids, engages students in fun STEAM-oriented hands-on science activities. Founded in 1985 in Canada by brothers Ariel and Ron Shilen, the two turned their passion for science and technology into a community program YMCA.

Their love for the sciences at a young age led them to pursue work in an industry that lacked creative learning. Taking matters into their own hands, the Mad Science program was born, providing an alternative way to incorporate science and math into after- school programs, classrooms and special events. Today, the franchise holds 86 locations worldwide, including San Antonio.

SciTech Now got a first-hand look at the inquisitive minds of some young students at the Mad Science robotics camp, where they’ve spent the summer exploring new ideas and concepts while building robots. The Mad Science team led by Senior Mad Scientist Andrea Cook aims to encourage students to explore science and math through fun, interactive camps and workshops.

Robotics camp is just one of the many programs offered to parents and teachers in the San Antonio and Austin area. It provides a space where kids learn about robots and the elements involved such as gears, wiring and motherboards. From beginning to end, the Mad Scientists guide the children through each building component. By the end of the week, the result is a working robot the students get to take home. The goal of the program is to create an environment where imagination and innovation cross; laying down the foundation at an early age in hopes of inspiring kids to pursue STEAM careers.

“Science doesn’t have to be boring; it’s how you approach it and there’s lots of awesome things. That’s what we try to do. We try and get them excited about it. We call it sparking imagination. Imaginative learning is what we want,” Cook said.