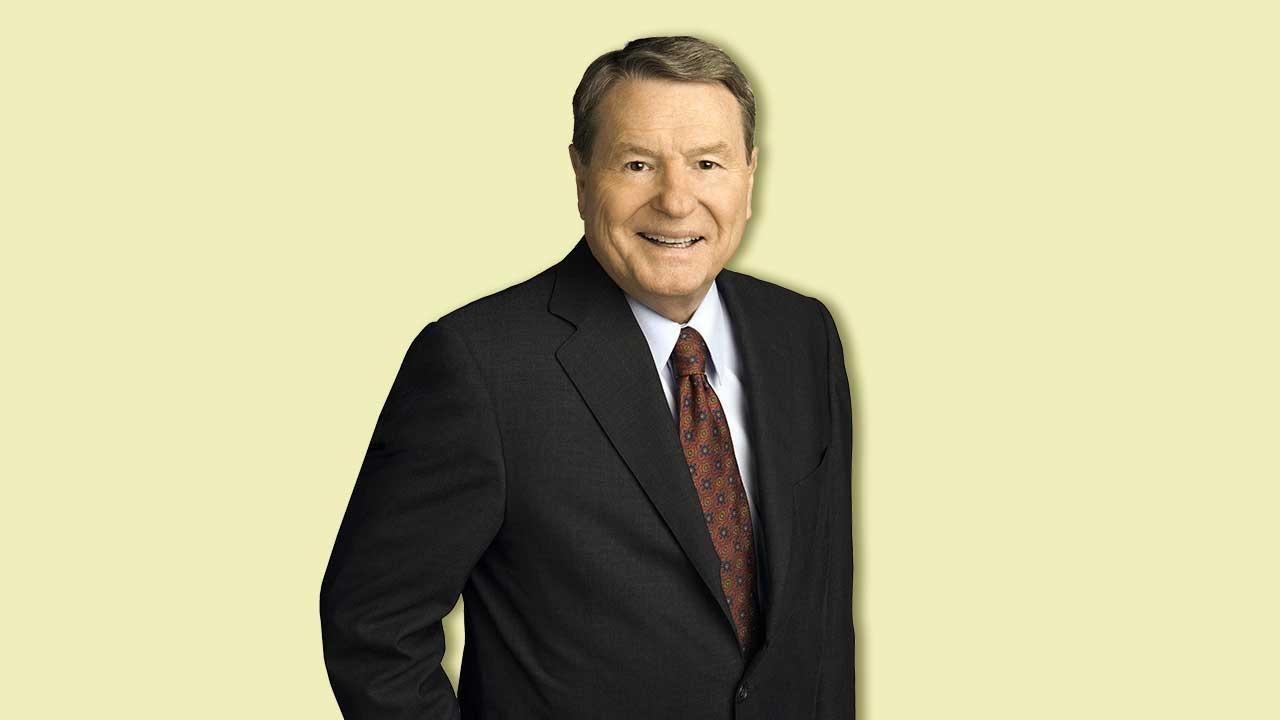 KLRN mourns the loss of our longtime friend, Jim Lehrer. Jim was a San Antonio native, having graduated from Jefferson High School where he served as editor of the school newspaper. He considered Texas his home and where he began his journalistic career. Jim set the standard for journalistic integrity, and his legacy will continue to resonate with individuals all across our country. Please see below for the official statement from our friends at the PBS NewsHour.

Washington, DC (January 23, 2020) — It is with great sadness that I share the news that co-founder and longtime anchor of the PBS NewsHour Jim Lehrer died today, Thursday, January 23, 2020, peacefully in his sleep at home. Lehrer served as anchor of the NewsHour for 36 years before retiring in 2011. Lehrer and Robert MacNeil founded the program in 1975, out of their 1973 coverage of the Senate Watergate Hearings on PBS.

“I’m heartbroken at the loss of someone who was central to my professional life, a mentor to me and someone whose friendship I’ve cherished for decades,” said Judy Woodruff, anchor and managing editor of the PBS NewsHour. “I’ve looked up to him as the standard for fair, probing and thoughtful journalism and I know countless others who feel the same way.”

Sharon Percy Rockefeller, president and CEO of WETA, added, “We at WETA are deeply saddened to learn of the passing of our longtime friend and colleague Jim Lehrer, one of America’s most distinguished journalists and a true champion of excellence in reporting. Jim set the gold standard for broadcast journalism in our nation and devoted his life to a vital public service ― keeping Americans informed and thereby strengthening our civil society. Through his extraordinary insight, integrity, balance and discipline, Jim earned the trust of the American people, and his important legacy lives on at PBS NewsHour.”

PBS President Paula Kerger also added, “On behalf of all of us at PBS, we are deeply saddened to learn of Jim Lehrer’s passing. From co-creating the groundbreaking MacNeil/Lehrer Report to skillfully moderating many presidential debates, Jim exemplified excellence in journalism throughout his extraordinary career. A true giant in news and public affairs, he leaves behind an incredible legacy that serves as an inspiration to us all. He will be missed.”

Lehrer moderated a total of 12 president debates, more than any other person in U.S. history, including all of the presidential debates in 1996 and 2000.

He is the author of 20 novels, three memoirs, and several plays and earned dozens of journalism awards and honorary degrees. He received the National Humanities Medal from President Clinton, was elected a fellow of the American Academy of Arts and Sciences, and alongside MacNeil, was inducted into the Television Hall of Fame.

Prior to his long career at the NewsHour, Lehrer reported at NBC News, Dallas public television station KERA, the National Public Affairs Center for Television, the Dallas Morning News and the Dallas Times-Herald.

Lehrer attended Victoria College in Texas and later studied journalism at the University of Missouri. He served three years as an infantry officer in the U.S. Marine Corps.

He is survived by his wife Kate; three daughters Jamie, Lucy, and Amanda; and six grandchildren.