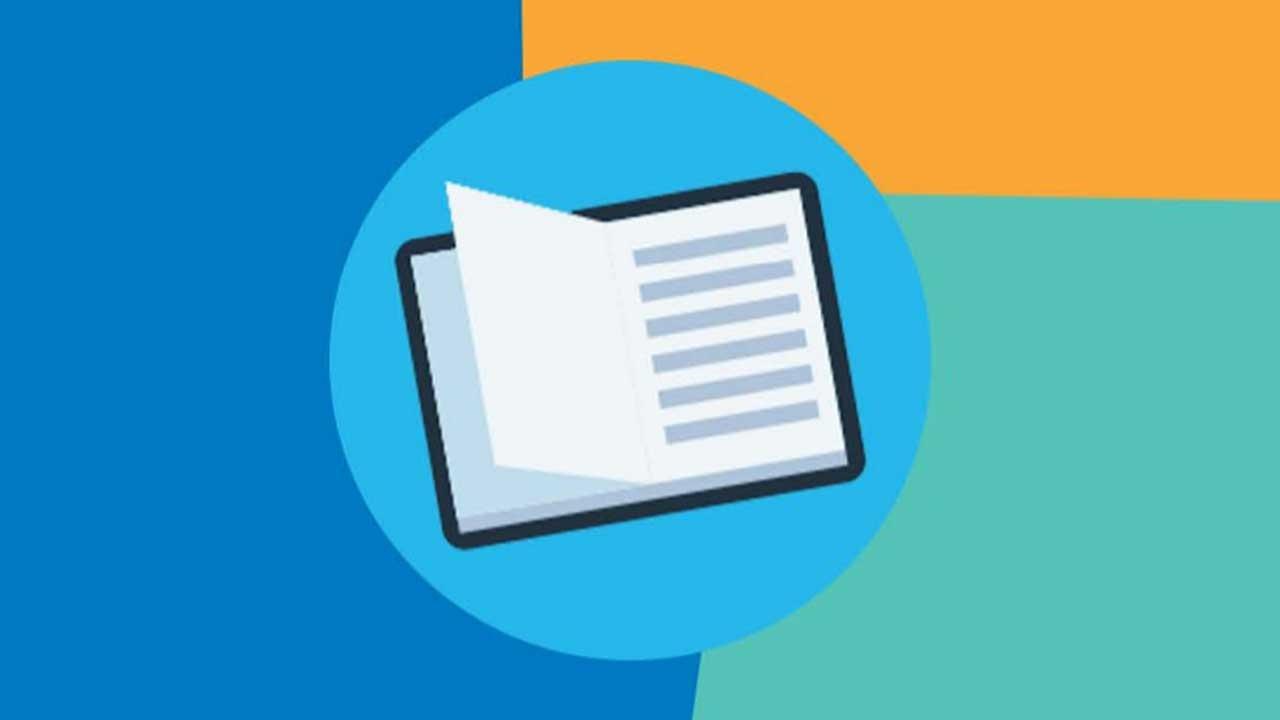 KLRN strives to provide valuable educational content to every family in our viewing area, from great drama, world-class music, in-depth news, fascinating "how-to" programs and, best of all — non-violent educational programs for your children.

During these uncertain times, KLRN is adapting and creating educational resources in an easy-to-follow format. We aim to provide educational content and resources that support every family in our community.

We have added a new 4 PM time slot that aims at providing educational content for older school age students. You will find resources tied to each of these programs aired daily with lessons from our PBS LearningMedia site. With this weekly blog we hope that getting a sneak peak of what is airing the following week will help you as you plan lessons. We are also including Lesson plan ideas for you to use!!

We hope that this will help you as you plan your lessons for your students to Learn at Home.

All the best,
KLRN’s Education Team

Life From Above: Patterned Planet

Discover the weird and wonderful shapes that cover Earth's surface as seen from space. The Australian outback is covered in pale spots thanks to digging wombats, and hundreds of elephants tear into the endless green of the Congo forest canopy.

View a video of a wombat, a ground marsupial, foraging for food, and explore the concept that what animals eat is a result of where they live and how they are built.The Kratt brothers explain that even though the wombat is related to the koala, their lifestyle and physical differences make their eating habits different.

Use this fact sheet to discover statistics and facts about the Australian wombat.

The Amazon, the greatest river system on Earth, amasses one-fifth of Earth's freshwater as it flows east from the Andes to the Atlantic. Boiling streams, crystal clear lagoons, pink river dolphins and a strange new reef are some of its many secret and extreme worlds.

Visit the "Amazon Voyage" exhibit at the Patricia and Phillip Frost Museum of Science. Learn about maps, experience the river underwater, see how real stingrays and anacondas camouflage themselves, and celebrate at a fish festival!

Animal Observation: Undercover in the Jungle

Naturalists use scientific reasoning to explain unusual behavior in this video from NATURE: Undercover in the Jungle. When a spider monkey climbs down from the treetops, naturalists wonder why it would unnecessarily risk its life for a drink of water. But further observations help them to discover that there is more to the watering hole than meets the eye.

Journey Into Amazonia: Be An Amazon Activist

Rainforests have been around for millions of years—they're the Earth's oldest living ecosystems—but they may not be around for much longer. When natural resources are removed from the rainforest, companies often destroy or damage the water, soil, plants, and animals there. At the present rate of destruction, all the earth's rainforests will be gone in 30 years. And once the rainforest is destroyed, it doesn't come back. 137 species of plants and animals become extinct every day in rainforests around the world. But there are ways that you can help, by being an Amazon activist!

Investigate how an asteroid vanquished the dinosaurs 66 million years ago. Join scientists as they drill into the impact crater and, for the first time, reconstruct the hell on earth that unfolded in the minutes, hours and months after the impact.

Dinosaurs once dominated the earth. Find out more about these creatures and learn how folks at the Museum of Idaho put together the traveling version of “Sue,” largest, best-preserved, and most complete Tyrannosaurus rex ever found.

Dinosaur George: If the Dinosaurs Came Back

Students learn that dinosaurs are extinct in this lesson plan.

What Killed the Dinosaurs?

Definitive answers to some of life's most enduring questions are often difficult or impossible to come by. However, scientific processes piece together the information that is available as a way of providing alternative explanations for a wide variety of phenomena. This interactive activity from the Evolution Web site outlines the evidence gathered to explain what caused the extinction of the dinosaurs 65 million years ago. It proposes four possible hypotheses and invites you to consider the evidence and come to your own conclusion.

HISTORY DETECTIVES tells four stories of our nation's beginning. First, Eduardo Pagan starts with a simple bill of sale for a 17-year old "negro girl" and learns how young Willoby's life unfolds from being property to owning property. Then Gwen Wright traces a powder horn from a muddy Minnesota field to a military captain in Massachusetts during the American Revolution. Elyse Luray asks what role a handwritten score played in making "The Star Spangled Banner" our national anthem. Finally, notes in a 1775 almanac show how conflicting loyalties strained family ties during the Revolution.

Evelyn Cameron took photographs of the American West homesteaders and the harsh life in the rugged terrain in the American Northwest, developing her signature technique of using shadows in her photographs.

In this resource, students learn about Ernest Hemingway's time in the American west, including the site of his burial in Ketchum, Idaho.

Follow the trials and tribulations of some of literature's favorite protagonists. From Katniss Everdeen to Don Quixote, examine how these everyday heroes and anti-heroes find their inner strength, overcome challenges and rise to the occasion.

Solve puzzles to collect items associated with historical heroes! Learn more about how the heroes changed the world, repeat their mantras, and unlock more heroes.

From this video segment from, Jakers!, we learn that every story has a hero. “Heroes” features Ping, a young hero who proves himself worthy to be the emperor of China by being honest and brave. When the emperor fools all of the other children by giving them boiled seeds to grow, the children dishonestly bring the emperor flowers they imply were grown from the worthless seeds. Although Ping is afraid to face the emperor with his flowerpot that has no flower in it, the emperor rewards him with praise for being forthright and tells him he alone is worthy of being emperor.

Investigate the rights and responsibilities of American citizenship focusing on examples of citizens who took action to effect positive changes. Explore ways in which students can become involved in their communities. This guide is intended to be used with the "Your America" videos in this collection and includes individual exercises, case studies, and group activities.

Life from Above: Changing Planet

Take a fresh look at our fragile planet and see just how much it's changing. Cameras in space show growing cities, disappearing forests and melting glaciers, but one country regenerated a landscape and helped save a chimpanzee family.

Observe seven views of Earth as captured by NASA’s EPIC camera aboard a satellite that is one million miles from our planet. This annotated video shows spectacular sights, including the moon crossing over Earth, storms in an ocean, and smoke from a wildfire. Water in its three phases is represented in the oceans, the North and South Poles, and in the clouds.

Discover what it means to live in today’s connected world with Habitat Earth, an award-winning film that takes viewers on a journey through the vast networks of life on Earth. You'll learn how life changes our planet—and how we benefit from our connections to the life that surrounds us.

See the many faces of the massive, muddy Mississippi. Its fingers stretch into nearly half of the USA, from the frozen north to the nation's agricultural heart to mysterious southern swamps where alligators still rule.

Learn about the mighty Mississippi River, its delta, and the extensive Mississippi River Watershed with these NASA satellite images and animation. Rivers naturally change course over time as flowing water wears away at the landscape. Ever since settlements have existed along the river, humans have tried to control the Mississippi’s natural course to prevent floods and to keep it flowing toward port cities like Baton Rouge and New Orleans. Management of the river helps protect homes and businesses, but is also leading to the loss of land in the Mississippi Delta.

Powered by the force of gravity, the world's rivers deliver about 20 billion tons of loosened rock and soil to the oceans each year. For the past 100 million years, redeposited sediment has gradually increased the size of the Mississippi River Delta. But over the past several decades, the coast of southern Louisiana has been losing rather than gaining land.

These aerial views from NASA, the Lunar and Planetary Institute, and U.S. Geological Survey illustrate how river management practices and severe weather events, including Hurricane Katrina, dramatically changed the size and shape of the Louisiana coastline and the Mississippi River Delta in the 20 years between 1985 and 2005.

NOVA: Rise of the Mammals

Sixty-six million years ago, an asteroid wiped out the dinosaurs in a fiery global catastrophe. An amazing new trove of fossils reveals how mammals took over, ultimately evolving into the huge array of species,including us, that rule Earth today.

Learn how fossils provide information about the history of today’s organisms with this video from NOVA’s Evolution Lab. The remains of some species are preserved in fossils, which are clues in rock about many of the creatures that once roamed our planet. These fossils often share features with living species, and the similarities provide insight into how organisms have changed over time. The fossil record shows evidence of gradual change, including the existence of transitional organisms. However, fossils cannot provide a complete account of evolution because not all species have been preserved as fossils.

The History Detectives investigate four stories from the American West. Did a biography of legendary frontiersman Kit Carson once belong to members of his family? Then, from the rodeo to Hollywood, a saddle tells the story of Yakima Canutt, who made life safer for movie stunt artists. What is the meaning behind the mysterious inscription on sheet music of the popular western song "Tumbling Tumbleweeds"? Finally, did a pivotal character in the Modoc Indian wars weave this basket?

The Road to Revolution Game: Liberty! The American Revolution

Test your knowledge about the American Revolution, and see if you can navigate your way to independence. Every correct answer gets you closer to liberty! Liberty! The American Revolution is a dramatic documentary about the birth of the American Republic and the struggle of a loosely connected group of states to become a nation. The George Foster Peabody award-winning series brings the people, events and ideas of the revolution to life through military reenactments and dramatic recreations performed by a distinguished cast.

Learn why literature's most notorious villains began behaving badly. Many weren't born evil, but became that way when faced with some of the same choices we make every day. See what these villains can teach us about our own dark impulses.

This video will help children build vocabulary and understand STEM education concepts. If Dr. Trumanstein's hypothesis is correct, the raisins in his oatmeal experiment will expand. However, he doesn't count on them expanding into a giant oatmeal monster!

A "Cyberchase" clip in which the Cybersquad has to figure out a pattern of input and output to stop a mechanical frog that's intended to hop over to Motherboard's CPU and destroy it.

Eric Schultz has always been an artist and a tinkerer. Since the age of five, he has been making artwork for anyone who wanted it. In this video, follow Eric on a dumpster diving expedition as he collects materials for his sculptures of animals, cars, and robots. "I create work from everyday found objects: 'trash art'," says the artist. "Everywhere there are discarded treasures to find and recycle into new art. The old adage is true: one person’s trash is another person's treasure."