KLRN Public Television and Independent Lens announced today the launch of the new season of Indie Lens Pop-Up, the neighborhood screening series that brings people together for community-driven conversations around films from the award-winning PBS series. Indie Lens Pop-Up brings viewers, leaders, and organizations together for conversations sparked through sneak previews of documentaries, strengthening the bond between local communities and the Independent Lens television series broadcast on KLRN. Over the past decade, over 6,150 Indie Lens Pop-Up events have brought more than 356,000 participants together to discuss issues that impact local communities.

The 2016-17 Indie Lens Pop-Up lineup includes new documentaries that take viewers around the country and across the world to cover topics from gun violence, PTSD, transgender identity and poverty as it relates to education.

KLRN is pleased to announce that this series will take place at the Pearl Studio from February until June. Locally called Indie Lens Pop-Up at the Pearl, the events will bring together our community at a place that is already the hub of great conversation starters.

“Independent Lens is thrilled to partner with KLRN to present Indie Lens Pop-Up at the Pearl,” said Duong-Chi Do, Director of Engagement & Impact at ITVS. “Our partners are at the heart of the program, and their impactful community work helps to serve our mission of bringing untold stories that have the power to engender positive social change to diverse and underserved audiences.”

“KLRN is proud to launch this series in the heart of our thriving city. At a time where national conversations about important social issues seem to be overwhelmingly divided, our work with this program will provide a unique space for community members of diverse backgrounds and beliefs to come together and engage in dialogue with one another. We look forward to seeing both familiar and new faces at our community screenings this season, and introducing you to new award-winning Independent Lens documentaries,” said Arthur Emerson, President and CEO of KLRN.

Below is the Indie Lens Pop-Up 2017 lineup. All events take place at the Pearl Studio.

The Bad Kids by Lou Pepe and Keith Fulton
February 9 at 7PM
Located in an impoverished Mojave Desert community, Black Rock Continuation High School is an alternative for at-risk students with little hope of graduating from a traditional high school. It's their last chance. This coming-of-age story shows extraordinary educators and talented students combat the crippling effects of poverty.

Newtown by Kim A. Snyder
March 9 at 7PM
Newtown uses deeply personal testimonies to tell the story of the aftermath of the Sandy Hook Elementary shooting, the deadliest mass shooting of schoolchildren in American history. Through poignant interviews with parents, siblings, teachers, doctors, and first responders, Newtown documents a traumatized community still reeling from the senseless killing, fractured by grief but driven toward a sense of purpose.

National Bird by Sonia Kennebeck
April 13 at 7PM
National Bird follows whistleblowers who, despite possible consequences, are determined to break the silence around one of the most controversial issues of our time: the secret U.S. drone war. The film gives rare insight through the eyes of both survivors and veterans who suffer from PTSD while plagued by guilt over participating in the killing of faceless people in foreign countries.

Real Boy by Shaleece Haas
June 1 at 7PM
Real Boy is the coming-of-age story of Bennett, a trans teenager with dreams of musical stardom. During the first two years of his gender transition, as Bennett works to repair a strained relationship with his family, he is taken under the wing of his friend and musical hero, celebrated trans folk singer Joe Stevens.

About Indie Lens Pop-Up
Indie Lens Pop-Up is a neighborhood series that brings people together for film screenings and community-driven conversations. Featuring documentaries seen on the PBS series Independent Lens, Indie Lens Pop-Up draws local residents, leaders, and organizations to discuss what matters most, from newsworthy topics to family and relationships. Make friends, share stories, and join the conversation.

About Independent Lens
Independent Lens is an Emmy® Award-winning weekly series airing on PBS. The acclaimed series features documentaries united by the creative freedom, artistic achievement, and unflinching visions of independent filmmakers. Presented by Independent Television Service, the series is funded by the Corporation for Public Broadcasting, a private corporation funded by the American people, with additional funding from PBS, the John D. and Catherine T. MacArthur Foundation, Wyncote Foundation, and the National Endowment for the Arts. For more visit pbs.org/independentlens. Join the conversation: facebook.com/independentlens and on Twitter @IndependentLens.

About KLRN
KLRN is the Emmy-Award winning Public Television station for South Central Texas broadcasting to a 30-county radius. The mission of KLRN is to use the power of communications to provide quality programs and services which advance education, culture and community, to enrich the lives of people throughout our community. 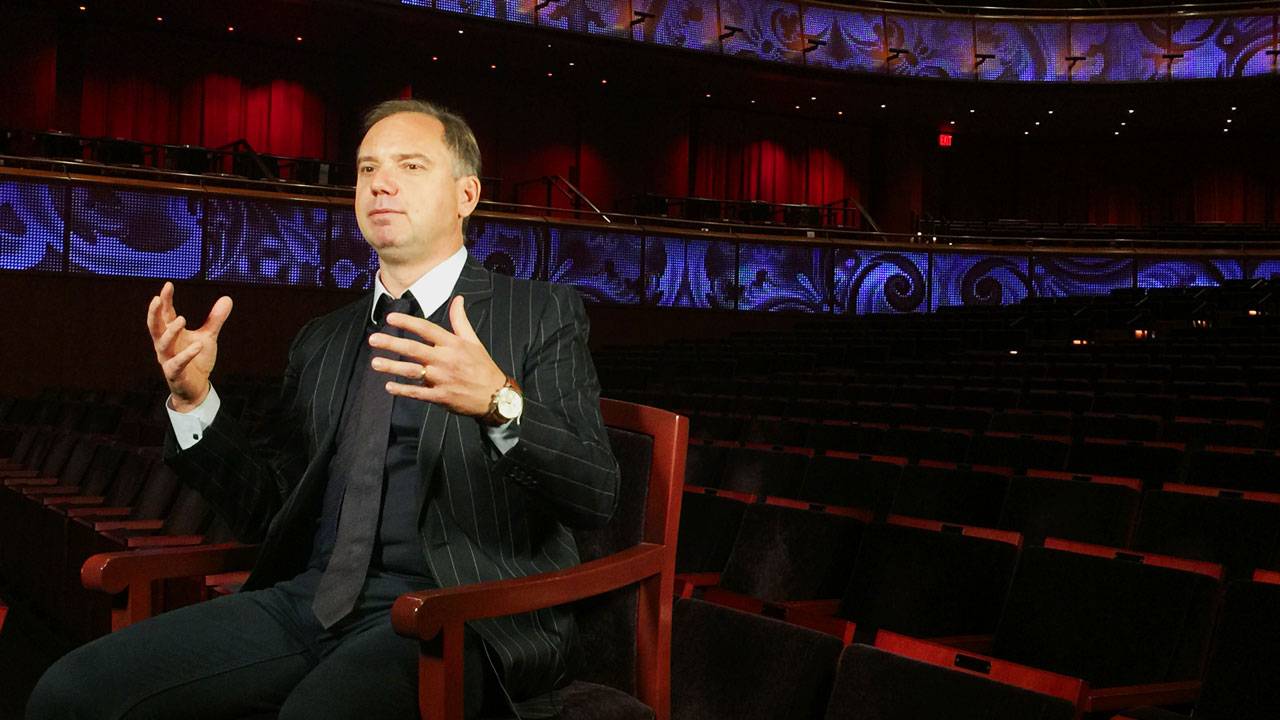