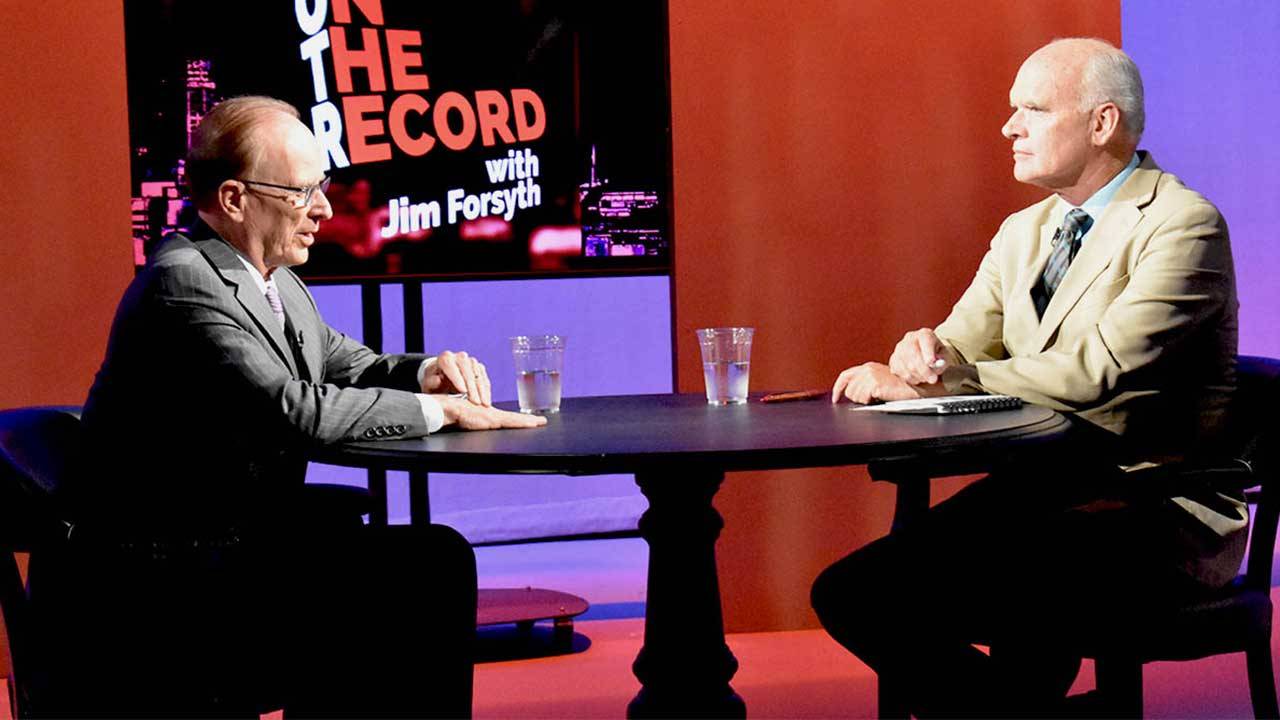 Join us for this week's episode of On The Record hosted by Jim Forsyth.

Bexar County Judge Nelson Wolff discusses the county's plan to cut constables; the case against court-appointed attorneys; the move to do away with cash bail in Texas; the Missions Stadium; and, of course, plans for Alamo Plaza.

The cameras then turn to The Conversation -- a roundtable discussion with journalists. San Antonio Express-News reporter Scott Huddleston goes further into a newly unveiled master plan for Alamo Plaza, and where the controversies lie. Then, San Antonio Business Journal reporter Sergio Chapa talks about the U.S./Mexico trade agreement and what it means for San Antonio.

To view the full episode be sure to tune in to On The Record at 7 p.m. Thursday, August 30 on KLRN.